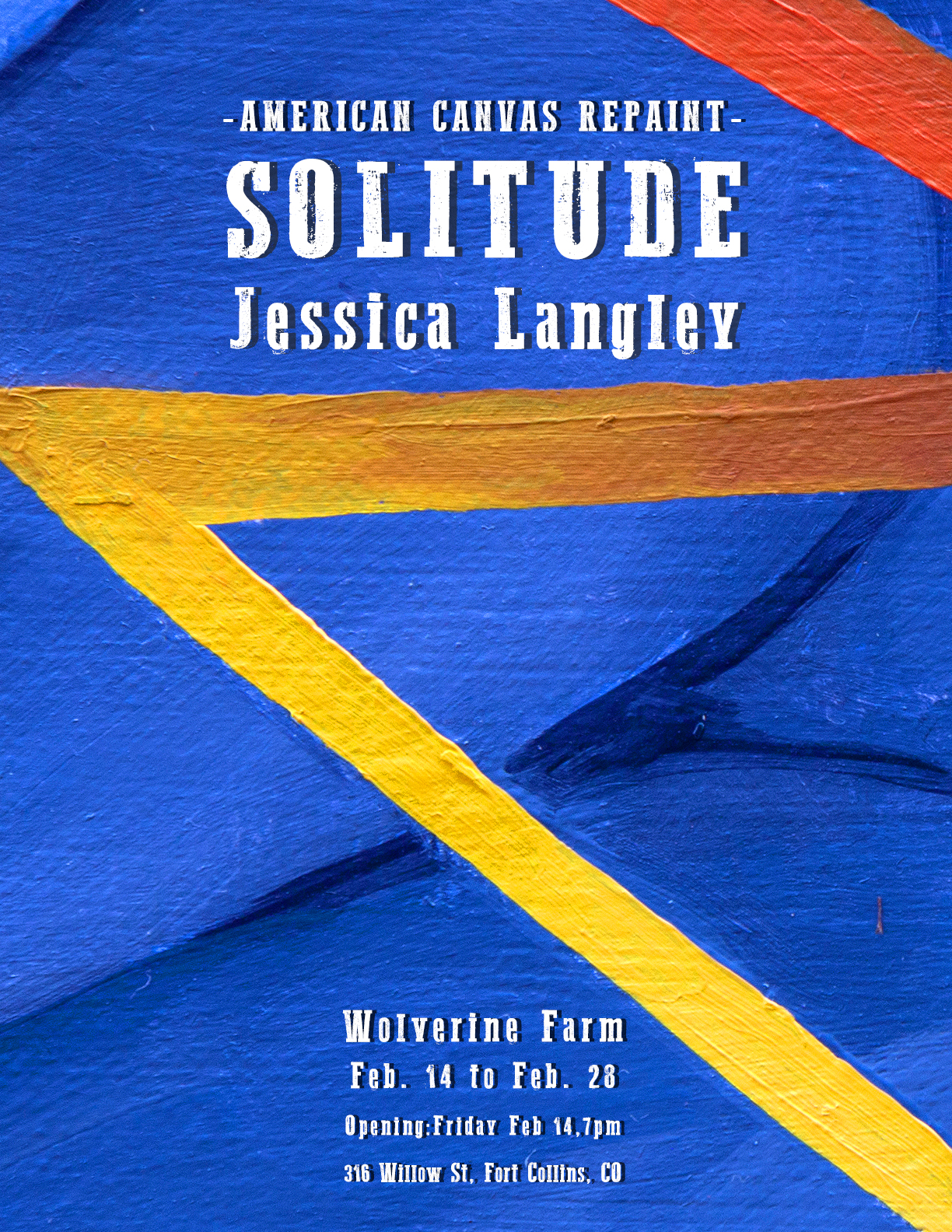 American Canvas Repaint is a twin project of the Canvas Repaint project created by the Dutch artist Daan den Houter in 2002. Since then, Houter has been inviting artists in the Rotterdam area to create a painting over the very same canvas. Over 140 artists have made paintings on this canvas, and the painting(s) have been regularly exhibited at De Aanschouw, the smallest gallery of Rotterdam. American Canvas Repaint, this twin version of the project of the other side of the Atlantic, will be handled by different facilitators and curatorial initiatives, starting with Aitor Lajarin-Encina from DXIX, an artist-run project based in Colorado and California. The overall project is a nomad adventure that will not be tied to a fixed location, incorporating new artists, and meeting new audiences while traveling across American territories and regions. Currently, the canvas is hosted by Wolverine Farm Letterpress and Publick House, a non-profit literary and arts organization based in Fort Collins, Colorado. The canvas’ journey will end, sometime, somewhere, with the publication of a book that will document all the paintings, forgive the repetition, made on the same painting.

“The painting Solitude is a meditation on the process of foraging, getting lost and wandering, in which the surface is activated through the use of meandering color and line”

Jessica Langley (b. 1981, USA) is an interdisciplinary artist whose work considers how cultural symbols of nature and certain representations of landscape are experienced both directly and through the mediated and sublimated image. Using foraged materials, fresco, digital print, sculpture, and collage she is exploring abstraction as a form which dehumanizes place and investigating how the analogous dichotomy of abstraction/representation and the objective/subjective perspectives complicate this relationship. Langley is based in Colorado where she is the editor of the Pikes Peak Mycological Society newsletter and a full-time instructor of Visual Art at the University of Colorado at Colorado Springs. She has exhibited her work internationally in such cities as Belfast, Berlin, Mexico City, New York, Reykjavík, and Santa Cruz, as well as being featured in the Pittsburgh Biennial and the Queens International. She has been an artist-in-residence in numerous programs including Skaftfell Center of Visual Art in Iceland, Askeaton Contemporary Art in Ireland, the SPACES World Artist Program in Cleveland, and the Digital Painting Atelier at OCAD-U in Toronto. She was a recipient of the J. William Fulbright Scholarship and the Leifur Eiriksson Foundation Scholarship for research in Iceland, and she earned her MFA from Virginia Commonwealth University in 2008. She is an amateur mycologist, and her artwork and writings have been published in New American Paintings, NPR, Hyperallergic, Temporary Art Review, and the New York Mycological Society Newsletter. She is co-founder of  Ortega y Gasset Projects, an artist-run-gallery in Brooklyn, NY; The Stephen and George Laundry Line, a project space in Queens, NY; and The Yard, a site for public art in Colorado Springs.

SOLITUDE will remain on view through February 28th.