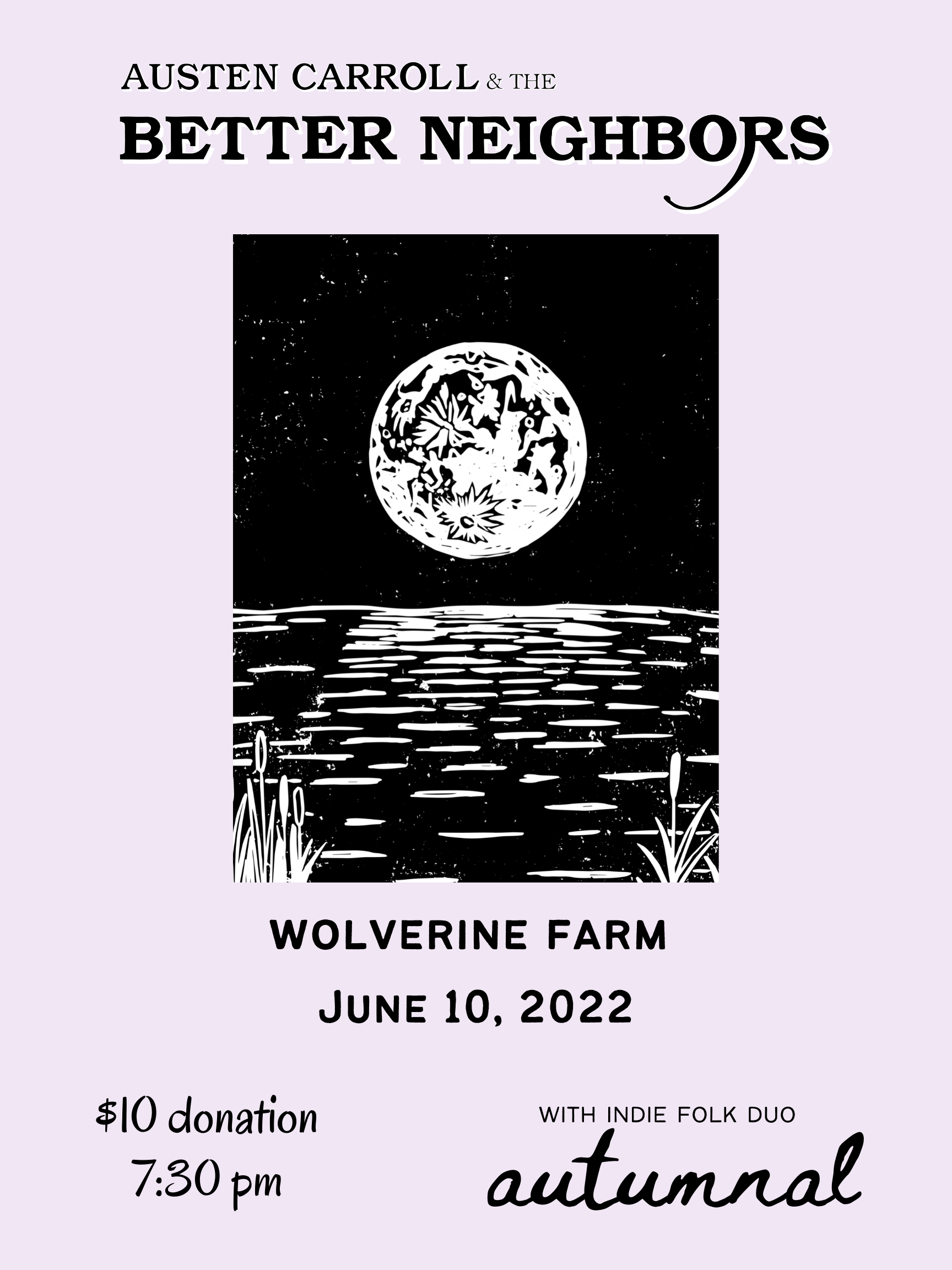 Austen Carroll & the Better Neighbors
“Campfire Country”, “Sweet-n-Sour Folk”, “High and Dry Americana” – these are just a few made up genres that get close to Austen Carroll’s sound. A Texas native, Austen moved to Denver in 2012 and has been a part of the Colorado music scene ever since (Grayson County Burn Ban, Bud Bronson & the Good Timers, Porlolo). Ten years of writing and performing has led to his current project that blends cadence and content in a unique style of country/folk/americana/rock. Now with the backing of the Better Neighbors (Tate Ignelzi, Neil McCormick, Sarah Michaels) Austen Carroll is set to release a new round of songs that fit somewhere in between John Prine, the Replacements, and Jimmy Buffet.

Autumnal (formerly known as We Talk More On Whensday) is an indie-pop band from Fort Collins comprised of two best friends. They met each other in 5th grade, and have been best friends since. They began singing together in middle school, and started performing around the streets of Fort Collins in 2016. They have performed around town as a band since 2018. Since the pandemic they have taken a step back from playing shows and have focused on writing and recording new songs.