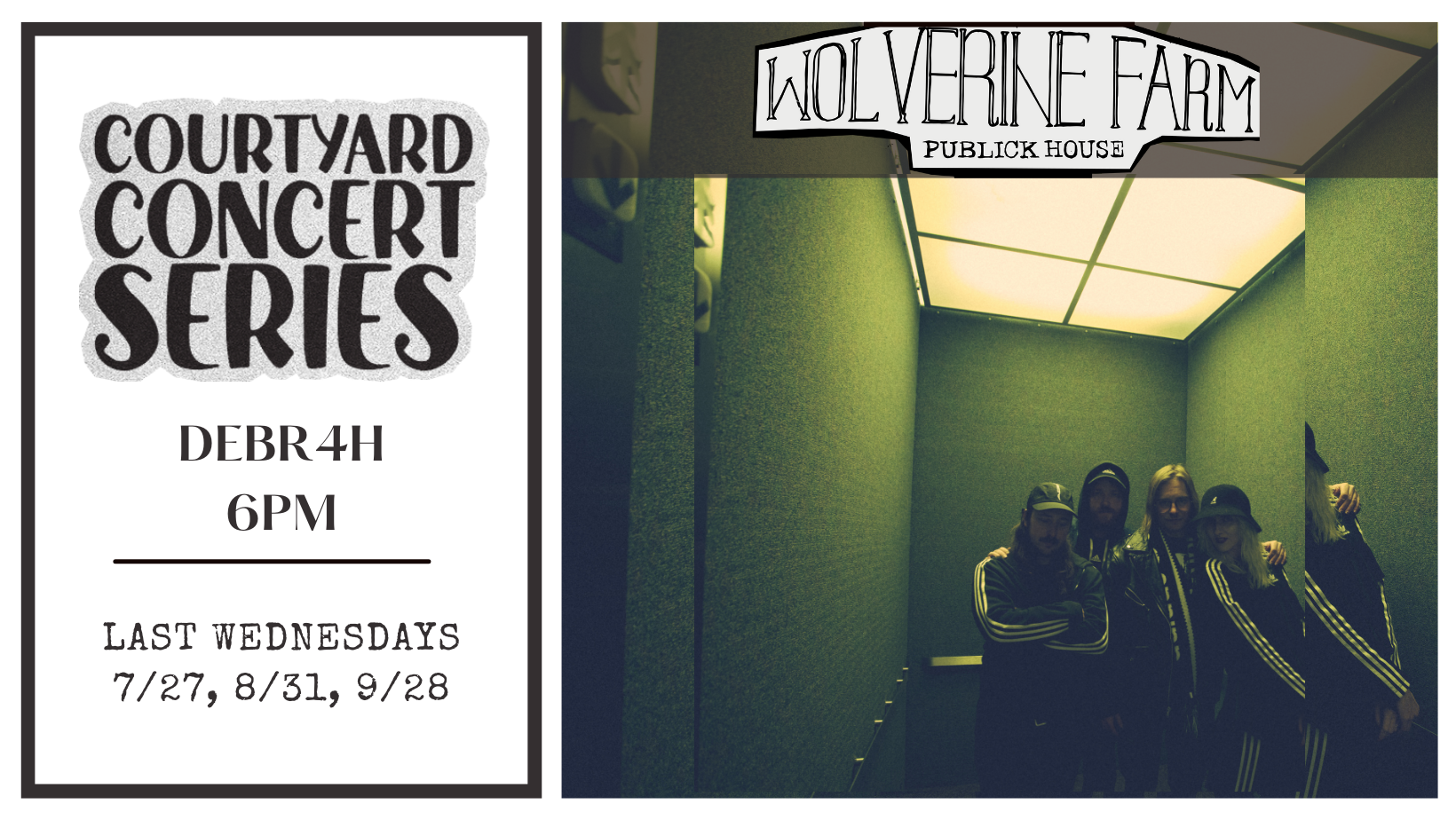 Join us every Wednesday evening in the courtyard free live music. Tips/donations are encouraged for musicians.

DEBR4H is a new wave/synth pop band based in Fort Collins, CO formed in 2018. Formerly performing under the name futurebabes, Jed Murphy gigged all the local venues in Colorado developing a unique synth pop sound influenced by The Human League, The Killers, Kate Bush, and Bruce Springsteen to name a few.

They brought their debut EP, Taipei Rock City, to life in an ancient house in Fort Collins and have since continued to hone their dark and dreamy brand of synth pop with the release of two singles, “The Court of Richard II,” and “Cassi-0-Peia,” all produced by Oliver Mueller of Slow Caves.