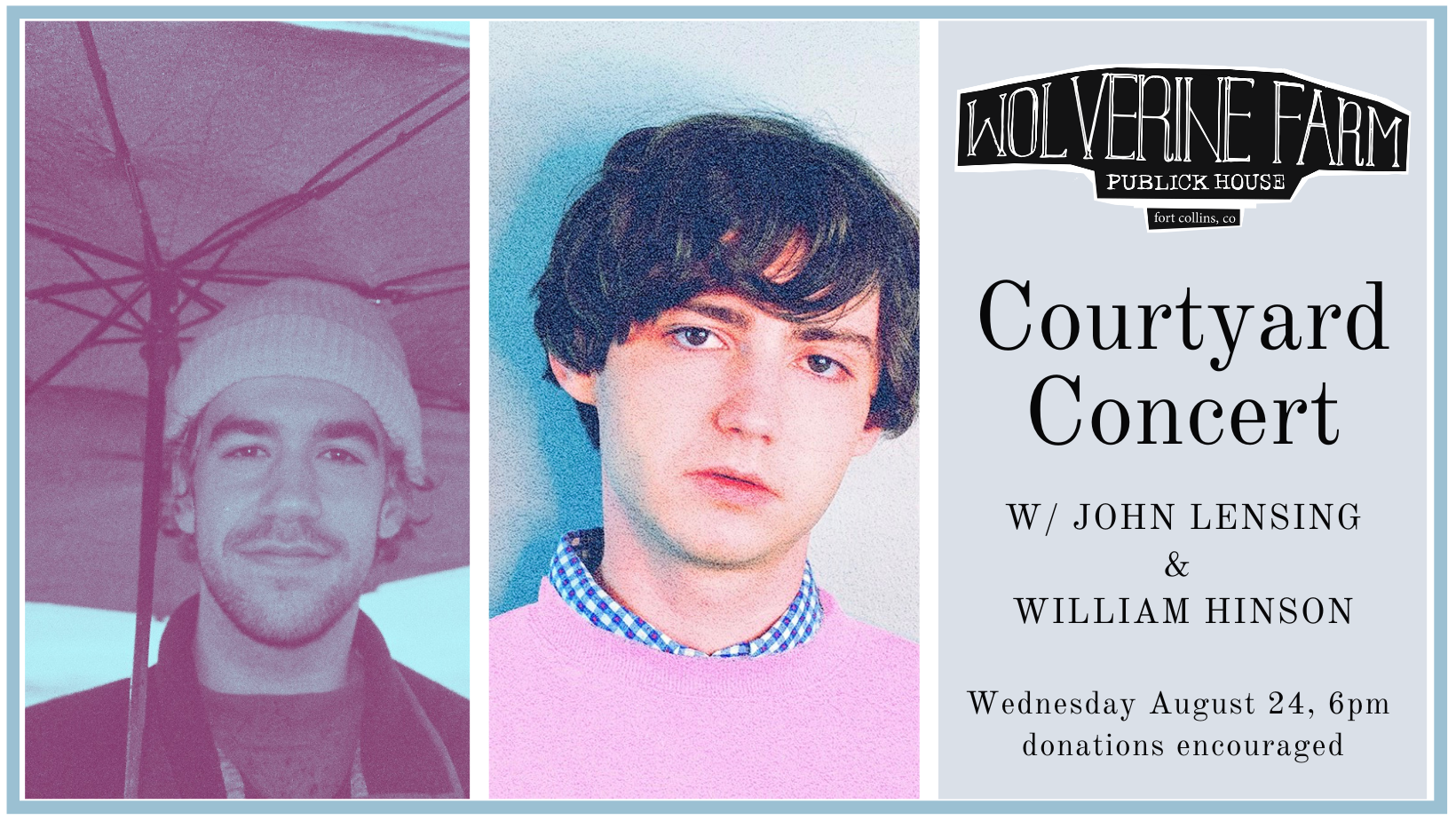 *$50 tab
Join us every Wednesday evening in the courtyard for live music. Donations/tips to musicians are encouraged.

William Hinson is an indie-pop musician from Winston-Salem, North Carolina. Citing The Beatles, John Mayer, Hall and Oates, and The 1975 as his biggest influences. He has headlined tours across the United States and abroad, opening for acts like Jordy Searcy and earning recognition as a Sofar Sounds artist of the year in 2018. William’s music has garnered over 7 million streams on Spotify alone, and averages anywhere from 60,000 to 90,000 monthly listeners on the platform at any given time. In 2020, William released a new project entitled Everything Will Be Okay. The full length album is available now.

John Lensing started out as a street performer, writing songs and driving around the US to play them for people. Slowly, this led to playing more proper shows, but the goal has always been the same. to make people care — about others, themselves, and things that sometimes hurt to care about. His genre-blurring songwriting has brought him on tours all across North America and Europe. Most notably playing a showcase at the Sommer in Altona festival (Hamburg), and being named "an artist to watch" by No Depression.