Goodnight Texas in the Courtyard 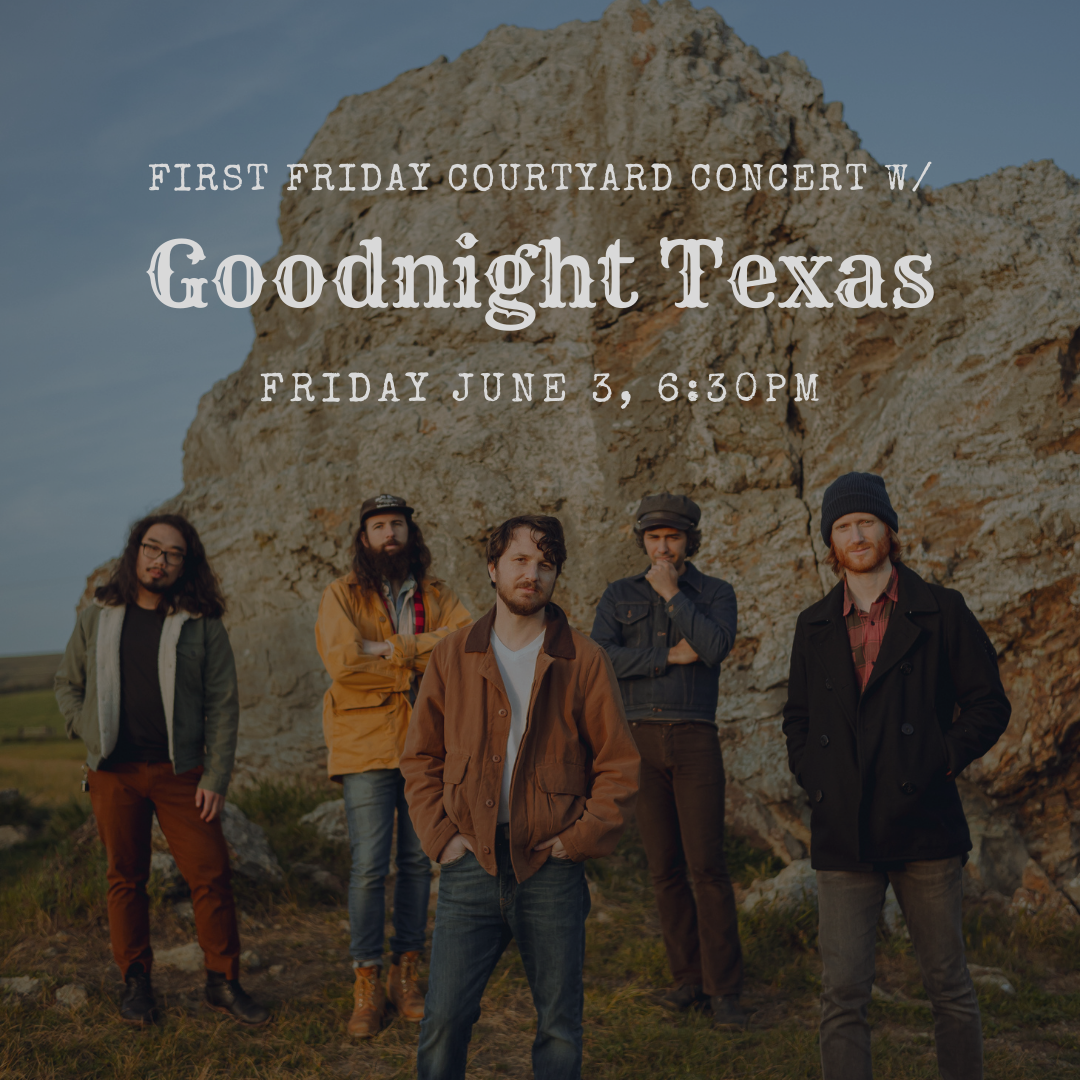 Join us in the courtyard for Goodnight Texas at the release of our Year of the River Outdoor Art Experience. Donations and tips encouraged!

Conventional wisdom says the two frontmen of a band shouldn’t live on opposite sides of the United States, but that’s never seemed to deter Avi Vinocur and Patrick Dyer Wolf.

Goodnight, Texas is a tough-to-define storytelling folk rock band whose strength lies in unexpected sweet spots. Drawing their name from Pat and Avi’s onetime geographic midpoint (the real town ofGoodnight in the State of Texas, a tiny hamlet east of Amarillo directly betwixt San Francisco, CA and Chapel Hill, NC), the five-piece band also exists at the center of its songwriters’ contrasting styles — via a1913 Gibson A mandolin and a 2015 Danelectro Baritone Guitar, at the crossroads of folk and blues and rock ‘n’ roll, in a place where dry wit and dark truths meet hope and utmost sincerity.