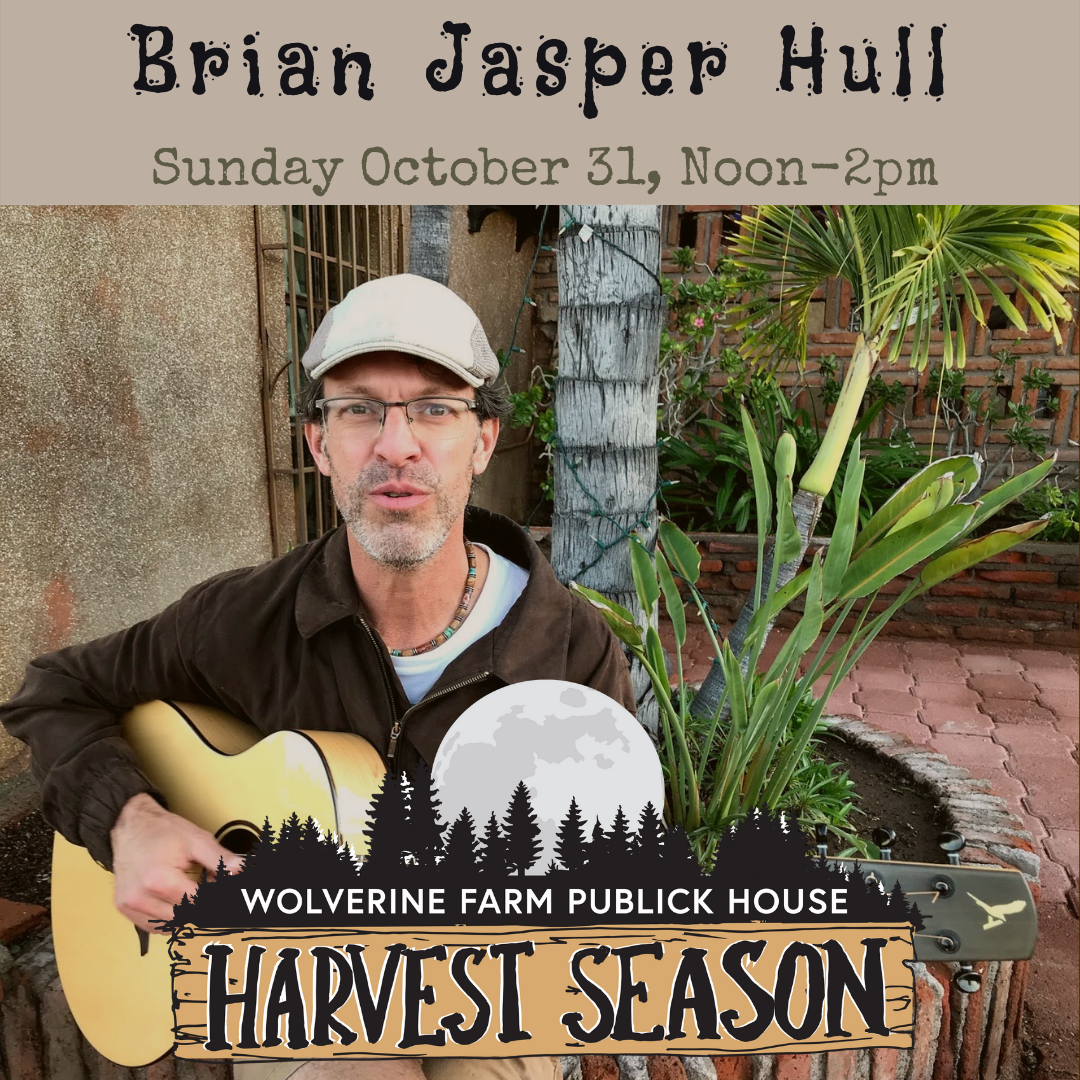 Join us in costume for this special Halloween Concert in the courtyard with Brian Jasper Hull.

Brian Jasper Hull’s music thrives on the roots. He’s always been one to distrust the notion that good musicians could suddenly invent themselves out of thin air. With the release of his 2015 debut solo album Into the Blue, Hull has sought something durable, something hewn from the very musical traditions that put American soul, blues and jazz on the map. In 2018, he released a follow up album Storyteller, a collaborative disc with his group Jasper Grooves Collective. In 2021 he’s been releasing singles with Jasper Grooves and as a solo artist. With three decades of songwriting under his belt, Hull strives to maintain a purposeful integrity, not only musically but also poetically. With emotionally charged urgency, his voice has aged like a single malt scotch with smoky overtones and a singular, unmistakable sound. Whether he’s playing reggae or a jazz infused groove, the cement holding his eclectic musical explorations together is a deep respect for the roots of all these traditions. The years he spent as a Fort Collins house guitarist soaking up the intonations and vocal flamboyancy of soul great Walter Jenkins are certainly part of that musical grounding. And the years he spent as an expatriate in France, forming a musical partnership with Cameroonian Afro-Beat musician, and former Fela Kuti drummer, David Ngoh, only served to expand this musical palette. Hull founded the soul/funk band Meadowlark Jivin’ in 1997. Over the years Meadowlark Jivin’ has collaborated with nationally renowned artists like cornetist Kirk Knuffke, pianist Adam Bodine and trumpeter Hugh Ragin. Raised on songwriters as diverse as Stevie Wonder, Duke Ellington and Steely Dan, Hull brings all of these influences into his compositions and poetic excursions.

The music is open and free to the public, tips/donations to musicians are always encouraged!