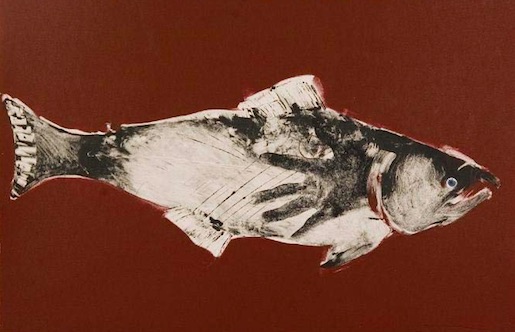 Join us for the Fort Collins book launch of How to Dress a Fish by local poet Abigail Chabitnoy, accompanied by reader Crisosto Apache.

Abigail Chabitnoy earned her MFA in poetry at Colorado State University and was a 2016 Peripheral Poets fellow. Her poems have appeared in Hayden’s Ferry Review, Boston Review, Tin House,Gulf Coast, and Red Ink, among others. She is a Koniag descendant and member of the Tangirnaq Native Village in Kodiak, Alaska, grew up in Pennsylvania, and currently resides in Colorado. Her debut poetry collection, How to Dress a Fish was recently released from Wesleyan University Press. Visit her website at salmonfisherpoet.com for more information and updates on publication.”

Crisosto Apache, originally from Mescalero, New Mexico (US), on the Mescalero Apache Reservation, currently lives in the Denver metro area in Colorado, with his spouse of seventeen years. He is Mescalero Apache, Chiricahua Apache, and Diné (Navajo) of the ‘Áshįįhí (Salt Clan) born for the Kinyaa’áanii (Towering House Clan). He holds an MFA from the Institute of American Indian Arts in Santa Fe, New Mexico. Crisosto is an Assistant Professor of Liberal Arts at the Rocky Mountain College for Art + Design. He is also the Associate Poetry Editor for the Offing Magazine.  He teaches writing at various colleges in the Denver area and continues his advocacy work for the Native American LGBTQ / ‘two spirit’ identity.

Crisosto’s debut collection GENESIS (Lost Alphabet) stems from the vestiges of memory and cultural identity of a self-emergence as language, body, and cosmology. Some of the poems in this collection have appeared in Denver Quarterly (Pushcart Nominee), Cream City Review, Plume Anthology, Common Place: The Journal of Early American Life, photographer Christopher Felver’s Tending the Fire. and most recently The Poetry Foundation’s POETRY Magazine June 2018 issue, which sold out.