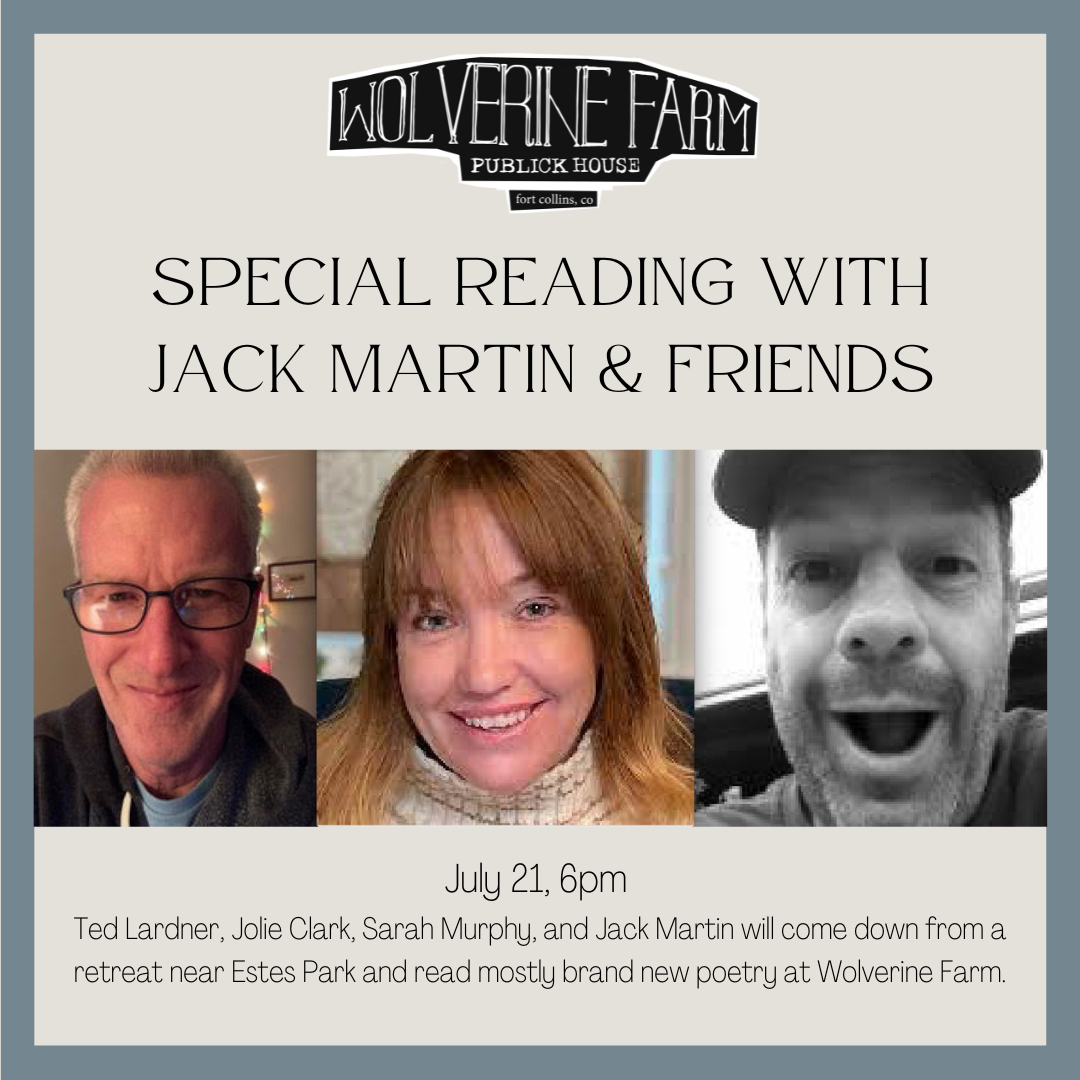 On the evening of July 21, Ted Lardner, Jolie Clark, Sarah Murphy, and Jack Martin will come down from a retreat near Estes Park and read mostly brand new poetry at Wolverine Farm Publick House.

Ted Lardner (he/him) recently published in About Place Journal and Post Road. His love  of the blues originates at The Bear and Whale. On “Blue” Mondays, the house band was Jumpin’ Johnny Sansone and the Blues Survivors.

Jolie Elizabeth Clark(she/hers) is a poet and fiction writer from Oakland, CA. She has been published in New England Review and the Community of Writers Review.  She was recently described as"inconveniently weird" which felt fair(all things considered).