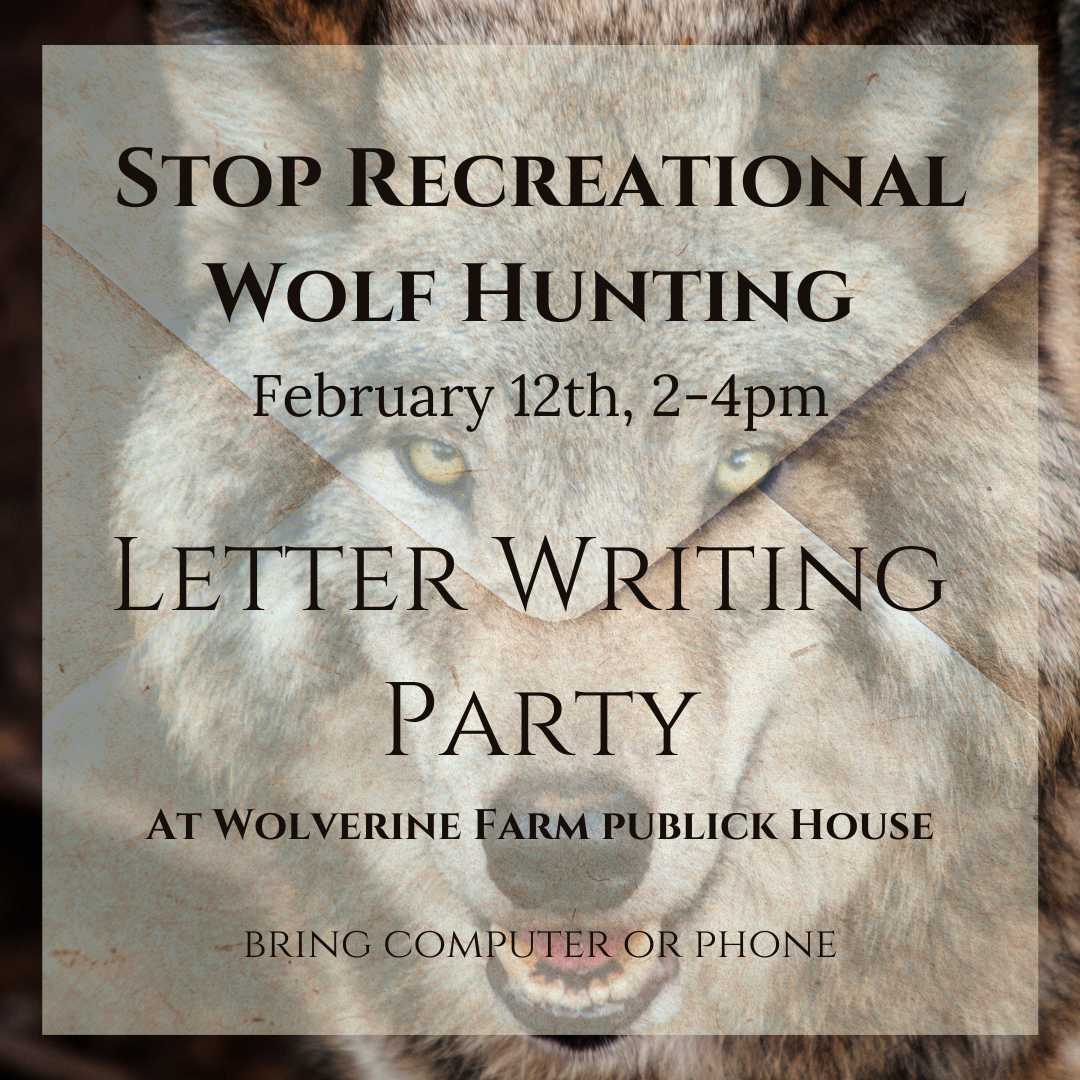 The Colorado Parks and Wildlife (CPW) Colorado Wolf Restoration and Management Plan Draft to reintroduce grey wolves to Colorado includes both delisting grey wolves from the Endangered Species Act and the recreational hunting of wolves.  Proposition 114 defines wolves as a non-game species, which makes the CPW's recommendations illegal, immoral and against the will of the people.

We can stop the recreational hunting of wolves because the CPW is interested in public comment. CPW promises to take into consideration public comments before they finalize the plan later this spring. The call for public comments closes on Feb. 22nd . Come to a letter writing party where we will write letters to the editor to newspapers, email the Colorado Parks and Wildlife Commissioners directly, fill out the public comment survey on the Colorado Parks and Wildlife website, and use social media to share our opinions with others. Host Kathleen Willard has been closely following the process of reintroducing wolves to Colorado since 2020 as part of her research for her next book, The Wolf Dossier.  She will share information, details about CPW’s draft and provide talking points.

Bring your computers and cell phones and be ready to write.
Refreshments will be served.