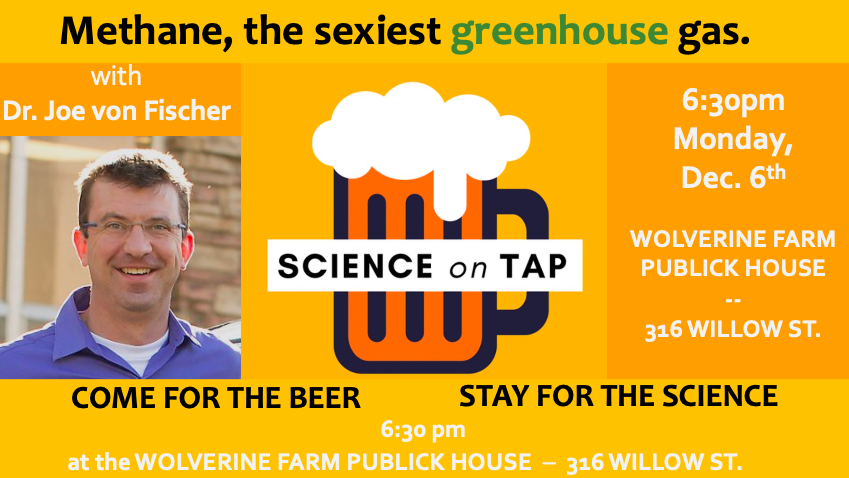 Since joining the CSU faculty in 2003, Joe von Fischer has led research to understand the human and natural forces that give the atmosphere its greenhouse gas composition. His lab has innovated the study of soil microbial processes that metabolize carbon dioxide, nitrous oxide and methane, yielding new insights into the greenhouse gas emissions by ecosystems from tropical forests in Panama to the Arctic tundra in Alaska. His group also has teamed up with Environmental Defense Fund and Google to deploy a new generation of highly sensitive methane analyzers on Google Street View cars around the United States.  This novel approach, described in his recent TEDx talk, has been used by natural gas utilities to better map the size and location of natural gas leaks in 15 U.S. cities, including New York, Chicago and Los Angeles.  His science is influencing both practice and policy to limit methane emissions.