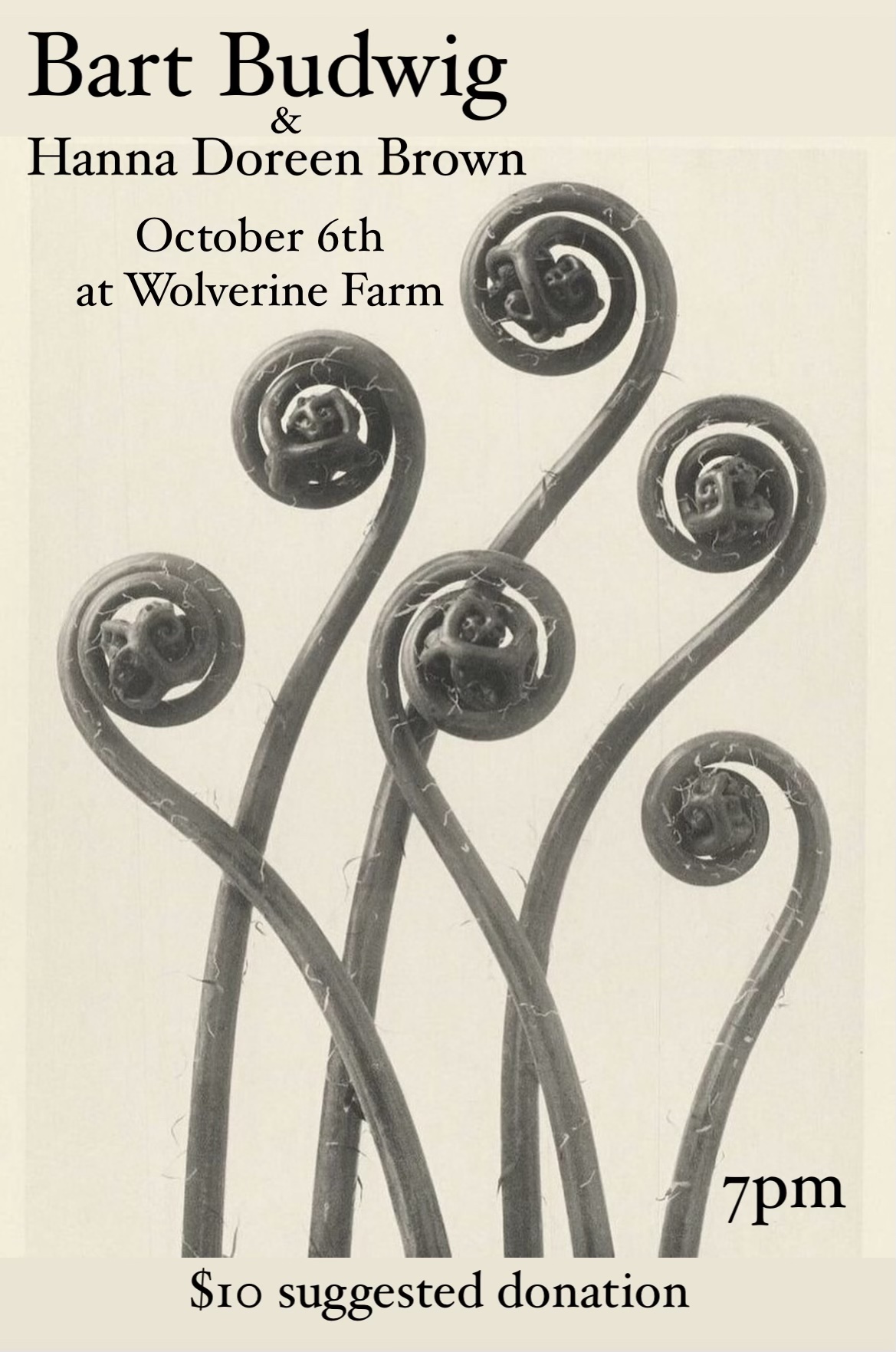 Join us in an evening shared with two great songwriters, Bart Budwig and Hanna Doreen Brown.

Sometimes when Bart sings, I forget what we’re talking about. I’m sure he knows
though. I trust him. He sounds like John Prine, plays like Hoyt Axton, and looks like
well…Bart Budwig. He’s a cosmic country lawn gnome. He’s cherubic, cheery, and an
old soul. Songs spring from the dreams of his noonday naps, and punch the keys of his
typewriter above the OK Theater in Enterprise, Oregon. When words won’t take, he
calls 'em in with a bugle of his trumpet, or a strum of soothing guitar.
Press
“Bart Budwig is one of the most underrated musicians in Oregon.” – Oregon
Public Broadcasting
"Cue up Budwig's melancholy brand of folk-rock 'n' soul, close your eyes and transport
yourself to the OK's well-worn dance floor. It's a trip worth taking." 1859, Oregon’s
Magazine
Folks I’ve Performed With: John Craigie, Shook Twins, Brothers Comatose, Jeffrey
Martin, Rainbow Girls, Margo Cilker, The Infamous String Dusters, TK & The Holy
Know-Nothings
Musicians that have recorded on Bart Budwig’s Albums: John Craigie, Rainbow
Girls, Luke Ydstie & Kati Claborn from Blind Pilot, Margo Cilker.

Hanna Doreen is an integrative artist from Rochester, NY who brings innovation to the music she writes and to the spaces in which she performs. Drawing from a deep love for music history, Hanna writes music that reflects her roots in classic country and folk music, but that reaches toward more modern and indie influences as well. Trying to draw connections between traditional and modern music, Hanna hopes that as she continues to write songs, she'll capture the stories of the wise, learn a little about a lot, and break down some stereotypes in the process.